Black, Asian and Blasian organizers announce first ever Blasian March in the Midwest to celebrate community and build Black-Asian solidarity. 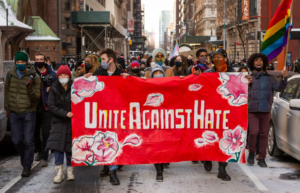 WHO: The Blasian March

This event is free and open to the public. Wearing a mask and social distancing is required.

The Blasian March proudly presents its premiere Chicago Black Asian Solidarity Rally on Saturday July 30th, 2022, 12 PM at Federal Plaza to celebrate Black, Asian and Blasian communities. “Tensions between communities of color, specifically the Black and Asian community, have been put in place to further hate and white supremacy,” says student organizer Kaitlyn Venturina, the Chicago Blasian March lead. “With the march, this act of solidarity is something we needed for generations and doing so will create better unity for the future generations to come.”

Within the past year, the Blasian March has successfully organized rallies in New York City, New Haven, and Los Angeles to continue its mission to educate Black and Asian communities on parallel struggles with racism as well as provide space for mutual celebration. As systemic racialized violence has increased, notably the Supreme Court’s decisions on Roe V. Wade, immigration rights, and the extreme rise in anti-Black and anti-Asian hate crimes, Chicago organizers call for a united stand between Black and Asian communities against these injustices. Speakers include Black-Indigenous trans activist Faith Phillips, Columbia College Chicago Asian Student Organization President Kait Venturina, and Loyola University law professor Chipo Nyambuya. “Intersectionality is a concept that more people should realize because our own histories and cultures have intertwined with each other in more ways than one, including this moment in history, and I’m so glad to be part of it,” says Venturina.

About The Blasian March:

The Blasian March is a solidarity action between Black, Asian and Blasian communities. This is achieved through education on parallel struggles against white colonial settler violence and mutual celebration. Founded by Rohan Zhou-Lee in 2020, an LGBT organizer of Black and Asian heritage, the Blasian March uses in-person marches and social media platforms for this mission. Educational resources, booklists, and mutual aid listings can be found at www.blasianmarch.org. 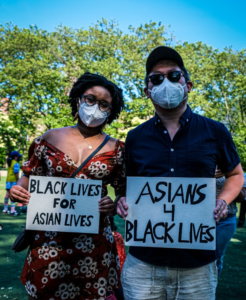