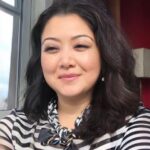 Ginger Leopoldo, M.A., Executive Director
Ginger Leopoldo is an educator, actor, director, and community organizer. She is a proud founding member of Pintig Cultural Group and the founding Artistic Director of the Center for Immigrant Resources and Community Arts (CIRCA). Her work includes performing, directing, producing, and facilitating theatre productions and workshops of all ages. Ginger has helped to create a youth heritage curriculum with techniques that utilize a basic integrated theatre arts workshop methodology as well as a facilitator of Activism & Art workshops for college students. She received her B.A. and M.A. in theater from the University of Illinois at Chicago. Ginger has collaborated with other theatre organizations around Chicago such as Old World Theatre Company and A-Squared Theatre Workshop. With over 20 years of experience as an educator and literacy coach for public school teachers through a nonprofit that engages at-risk youth with arts-based literacy programs, in addition, she has been the Program Director for America’s Children’s Museum on Wheels: StoryBus, delivering an interactive hands-on literacy experience for young learners throughout Chicago. Most recently she has taught ESL to students in China and is an adjunct lecturer with the ESL program at the University of the Potomac. In 2020, she led CIRCA Pintig to adjust to global virtual events and productions for the community. She is currently pursuing a doctoral degree in organizational and educational leadership.

Louie Pascasio, Ph.D., Artistic Director
Louie is a long-time member of Circa-Pintig and has directed many of its productions. He was also a member of the Philippine Educational Theater Association (PETA) and has served as musical director of several PETA productions. He has completed his doctoral program on media and community activism. Louie has designed our Community Workshop Series, among other programming.

Angela Mascarenas, Ph.D., Director of Community Engagement
Angela is one of the founders of Pintig Cultural Group (1991) and CIRCA (2001). She received her doctorate degree in Sociology from the University of Illinois at Chicago. Her scholarly work focused on social movements, race & ethnic relations, and cultural organizing. Her article entitled “Marching in March: Early Participation in Chicago’s Immigrant Mobilizations”, co-written with Prof Cedric Herring, appears in the book “Reinventing Race, Reinventing Racism” from Brill Press. Angela served as a Board member of the Alliance of Filipinos for Immigrant Rights and Empowerment (AFIRE).

Gemma Esmalla, DM, MS, RN, Board President
Gemma is a resident of Aurora, Illinois, and is married to Venu Kosanam, a software architect for AT&T. Gemma and Venu are blessed with one daughter, a sixth-grader, SE. A leader in her own right, Gemma was an active youth member in her community, with a well-rounded personality and has a great passion for the arts. She has directed stage shows in her college years and has directed and choreographed music videos as her way of motivating people into action at her workplace. She graduated college as a recipient of the Jose Maria Gepuela Scholarship Foundation. Being a scholar inspired her to keep on giving and making a difference. To this day she continues to serve her hometown with philanthropic work through various scholarship programs. She has been a past president and adviser of the Chicago Nightingales. Gemma is the manager of Amita Health Children’s Center of Chicago and Adolescent Behavioral Health Service.

Connie C. Triggiano, M.S., Secretary & Membership Committee Chair
Connie comes to Circa Pintig with a full compendium of communications and marketing management credentials which she merged with healthcare engagement when she immigrated to the US in 2005. Connie was editor of a travel trade publication in Singapore in the 80s and shifted to advertising when she went back to Manila. Following a successful career in the Philippines where she was vice-president of Chicago-based Leo Burnett Advertising Co., she immigrated to the US where her first job was as executive director of the Philippine American Chamber of Commerce of Greater Chicago.

Connie graduated from the University of San Francisco in California, B.A. Major in English. She took up M.S. communications coursework while teaching college freshmen at Polytechnic University of the Philippines Open University. At the same time, she was VP of the Pasig Chamber of Commerce & Industry and volunteer business mentor of the Philippines Business for Social Progress’ Corporate Volunteers for Enterprise Development. She was credited for helping turn business around for a couple of small and medium businesses in Central Luzon.

Merging communications with health care and community involvement in the US, Connie trained as an LPN and phlebotomist, worked as website content writer at a CNA school, and did volunteer work with AFIRE Chicago where she later became coordinator of the Immigrant Family Resources Program. While with AFIRE, Connie completed the Basic Immigration Law Course of the National Immigration Paralegal Institute. She also volunteered with Upwardly Global which helps executive-level immigrants find equal work in the US. At present, Connie tutors international students in English and US naturalization interviews and civics exams. Her interests lie in humanities, classical literature, and theater. She enjoys re-visiting required college readings now that there are no tests that follow.

Divine Calo, Treasurer & Finance Committee Chair
Divine has been serving on the board for 3 terms and has been a long-time member since the early formation years of Pintig Cultural Group. She has performed both off-stage and on-stage production work for 30 years. She works for Wintrust as a personal banker.

Rey Belen, Education & Outreach Committee Chair
Rey is a founding member of Pintig. He was a student activist during the period of the Marcos dictatorship in the Philippines in 1980s. He migrated to the US in 1984 and became actively involved in community organizing as part of the Alliance for Philippines Concerns and the League of Filipino Students (LFS)-Chicago chapter. In 2016, he started a discussion group called “Balitaang Pilipinas” to talk about Philippine issues such as extra-judicial killings, human rights violations against farmers, indigenous communities, etc. Rey is happy to return to the CP board in 2018 after being gone for years raising a family.

Anna Guevarra, PhD, Research & Programs Committee Chair
Anna Guevarra is a scholar, educator, and program builder. She is the Founding Director and Associate Professor in the Global Asian Studies Program at the University of Illinois Chicago. She is the author of Marketing Dreams, Manufacturing Heroes: The Transnational Labor Brokering of Filipino Workers as well as of numerous scholarly publications on labor, migration, carework, the Philippine diaspora, and critical race/ethnic and gender studies. Her current projects explore the impact of COVID-19 on Filipinx/a/o careworkers, the roboticization of carework labor, the Indian Ocean connection between the Philippines and India through colonial foodways, and a public history project tracing a people’s history of Chicago’s Uptown neighborhood. Dr. Guevarra has co-directed prestigious grants from the Ford Foundation, Fulbright, and the Department of Education’s Asian American Native American Pacific Islander (AANAPISI) serving institutions initiative. She volunteers with organizations focusing on racial and economic justice and immigration rights. She is currently a Public Voices Fellow in the OpEd Project.

Greg Taruc, DPT, Advisory Board Co-Chair
Greg Taruc is a long-time member of Circa-Pintig (CP). While volunteering at CP, he worked as an actor, stage manager, light and sound technician, production manager, a producer and eventually became the organizations’ Executive Director in the fiscal year 1998-1999. He started his theater acting in the early ’80s and is an active honorary board member of Teatro Tomasino in the Philippines. Greg Taruc is a Doctor of Physical Therapy by profession.

Levi Aliposa, Advisory Board Member
Levi started his theater acting in the Philippines in the late 80’s during his student activism years. He believes that through theater arts a social transformation could be reached to a broader audience. He is one of the founding members of Pintig Cultural in 1991. He is a mental health counselor by profession.

Riza Belen, Advisory Board Member Co-Chair
Riza D. Belen, one of the founding member of Pintig has been active in the social movement since for 3 decades now. She was part of Gabriela Network, Chicago. She currently works with first-gen, low-income student to help them persist and graduate.
She has an MSW from Loyola. 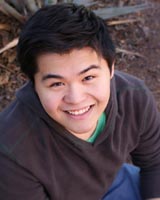 RJ Silva, Website / Graphics Design
RJ Silva, a Metro Manila native, and a theatre and sociology graduate of Loyola University Chicago. He has performed for many theatres in Chicago such as Emerald City Theatre Company, A-Squared Theatre, Project 891 Theatre, and productions in Loyola. performance throughout the city. 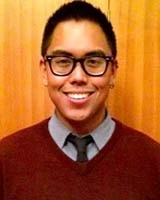 Albert Aba
Born and raised in San Jose, California, Albert Aba grew up with a tenacious eye for aesthetics. He is now a senior at Loyola University Chicago majoring in Anthropology. Albert joined the CIRCA-Pintig family with interests in understanding the way art can be used to tell the narratives of immigrant experiences. He has hopes in servicing the Philippines through youth and community development and plans to continue his education in graduate school.

Lauren Bohonsua
Lauren is grateful for the opportunity to be a part of CIRCA PINTIG! Lauren has always had an incredible appreciation for the arts. For her high school, she has also done ballroom dancing and Tari Saman (an Indonesian hand dance). Lauren also performs Filipino traditional dances for her church’s Simbang Gabi every year. She loves being able to experience the performing arts’ stage in a whole different light. She was sound operator for Migrant Diaries.